Hi, what are you looking for?

It may seem old school, but many people still like to talk fantasy baseball. Whether you’re looking for advice, want to get other takes on a trade, or just want to talk smack, it’s nice to be part of a community with like-minded people who won’t make fun of the outrageous amounts of time we put into this silly game.

Below are links to the best places we could find for good old fashioned fantasy talk. We’ll never find them all, but we’ll do our best to highlight the most well-populated forums where you won’t hear the echo of your own voice.

As always if there’s a place we miss let us know in the comments or shoot it out to us on our Link Submission Page. Keeping up with all the latest fantasy sports content is gonna take a group effort. 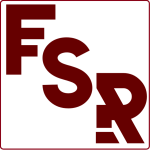 It's a long season and knowledge is the key to staying on top. FantasySportsResource.com puts it right at the tips of your fingers with...

Fantasy Sports Resource is here to feed your obsession with thousands of awesome fantasy baseball links from the top sites in existence.

Go beyond the big boys. Fantasy Sports Resource hooks you up with the top fantasy baseball sites in existence. Why go to them when...